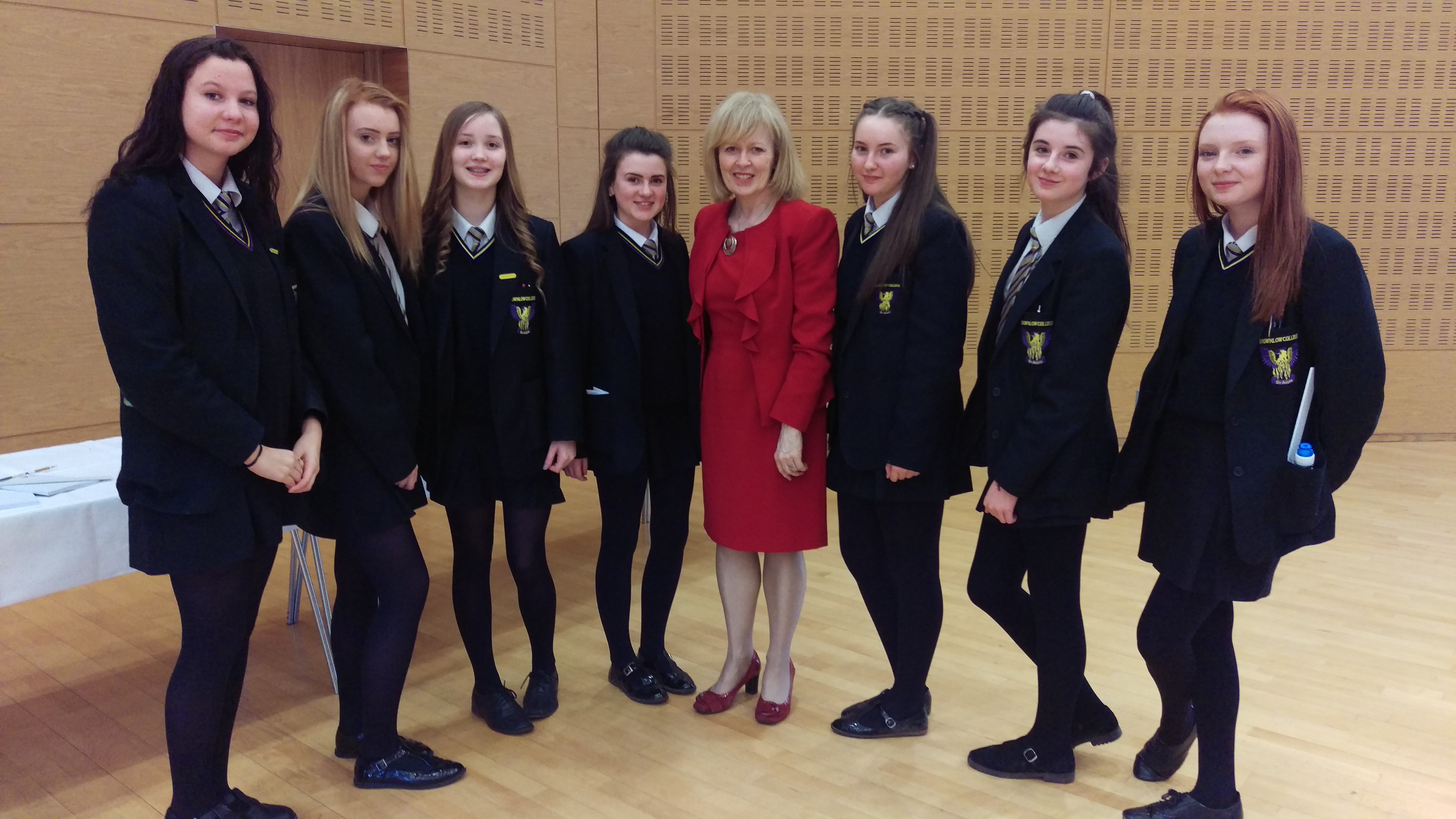 Speakers at the International Women’s Day Event were:

Jill McEneaney – Director of the Market Place Theatre
Jill is Theatre Director at the Market Place Theatre and Arts Centre, Armagh. She has a professional background as a theatre practitioner before moving into arts management. She was co-founder of Big Telly Theatre Company with whom she acted and directed for eight years. Jill has served on the boards of the Lyric Theatre, Belfast, the Arts Council of Northern Ireland and Big Telly Theatre Company. Jill is currently a Board member of Cahoots NI children’s theatre company and a Governor at Saints and Scholars Integrated Primary School, Armagh. Jill has an honours degree in Drama and Theatre Studies and an M.A. in Cultural Management. Jill lives in Co Armagh with her husband and ten year old son.

Jane Harnett – Managing Director, Harnett Oils
Jane is Managing Director of Harnett Oils and is a former pupil of Lurgan College Prep and Victoria College, Belfast.  She has a BSc (Hons) in Rural Resource Management and an MSc in Rural Environmental and Land Management from Harper Adams University College in Shropshire.  Jane produces food oils under the brand Harnett Oils.  In 2014 her products were crowned Best Pure Rapeseed Oil in Ireland at the National Irish Food Awards and she enjoyed the distinction of being chosen as part of a select range of local artisan food companies invited to showcase their products in the House of Commons.  Jane’s family have been in business for over three and a half centuries growing GM free oilseeds.  Jane is descended from the Waring family, who arrived here in the mid-1600s during the Ulster Plantation and founded the linen town of Waringstown.  The Warings grew flax for their thriving linen business, and made linseed oil from the plant too.  Over the centuries the family continued the tradition and today Harnett’s Oils is fast gaining a reputation for the quality of its cold pressed rapeseed and hemp oils.

Áine Beatty – Ecommerce Systems Specialist for Ben Sherman and founding Chairperson of Down’s & Proud
Áine is founder and Chairperson for local charity Down’s & Proud. When her son, Jay, was born with Down’s syndrome in 2003, she found that the local community was lacking a support group.  So what started out as coffee mornings at her house has now evolved into a very successful and productive group – Down’s & Proud. Throughout the year Down’s & Proud are constantly fundraising to provide funds for their annual 2 week Summer Scheme, Tell Tales Speech Club, Cycle Club and providing educational aids for our children.  The charity also works to promote and raise awareness of Down’s syndrome.

Áine also is employed full time as an Ecommerce Systems Specialist for Ben Sherman. Working in a busy dynamic environment as well as running a charity can be quite a task but having the backing of the Community and knowing that it is making a difference to the children in the group is what makes it all worthwhile.

Her BBC Trust responsibilities include being Chairman of the Audience Council Northern Ireland, a member of the Services Committee and a member of the Trust Management Group.  In 2000 she was awarded an OBE for services to local government and the community. 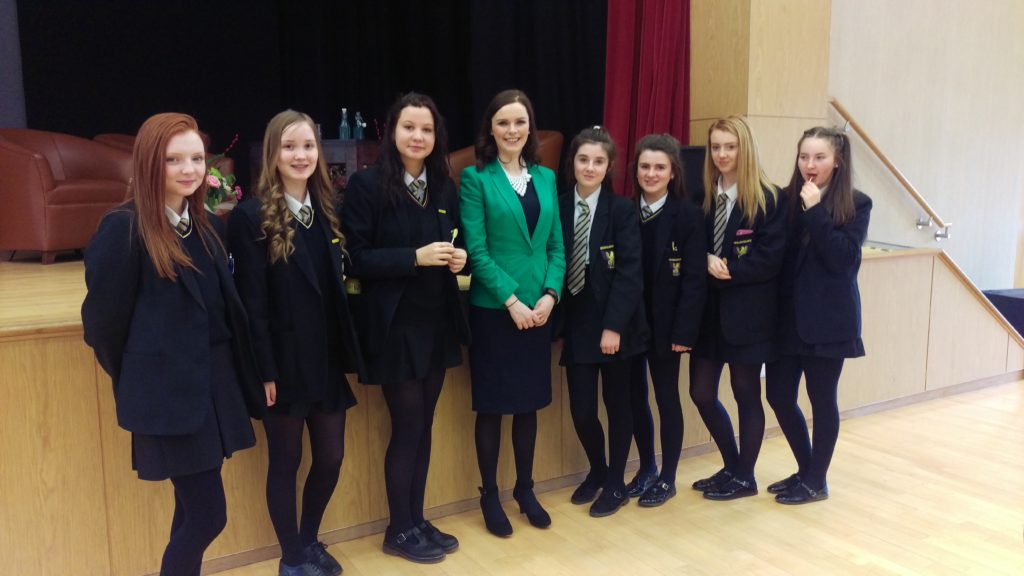 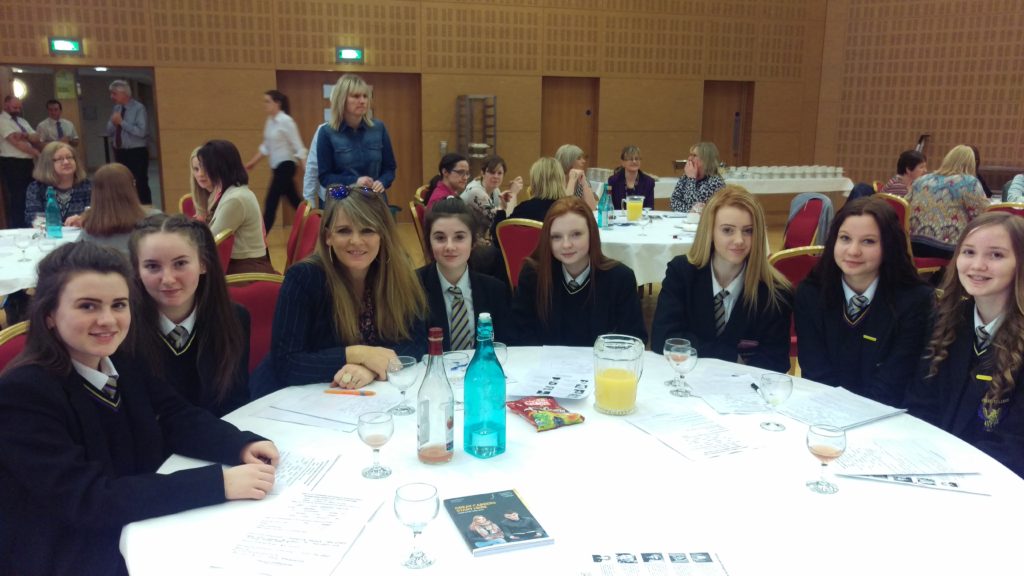