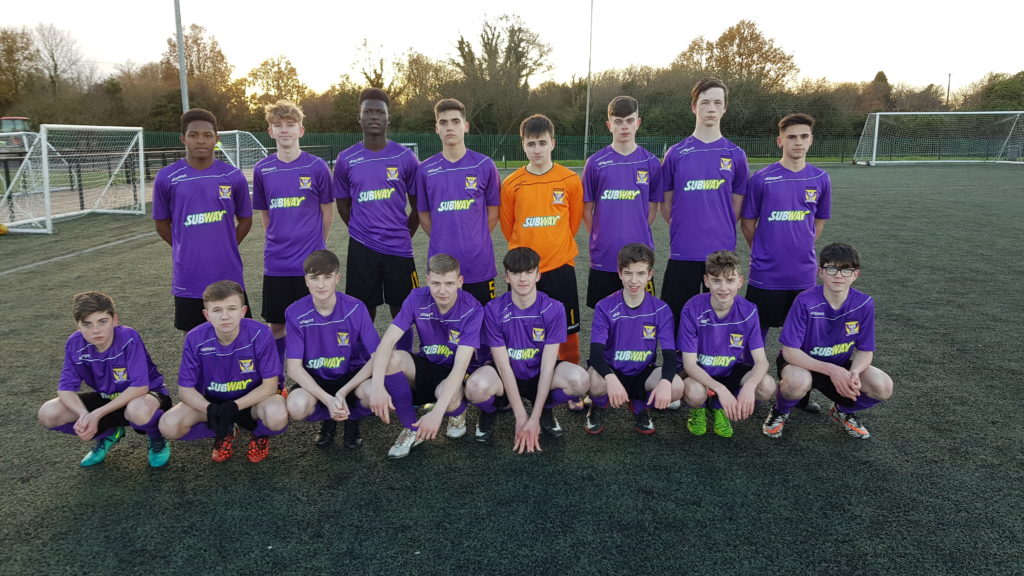 Brownlow Under 16 footballers got their league campaign off to a start with a hard fought victory over City of Armagh High School.

Both teams attacked well from the off and created a few half chances, but it was Brownlow who struck first when a lofted ball to the back post from Eamon Loughran was headed towards goal by Taylor Simoes. The keeper made a great save but the rebound was smashed home by Kyle Hogan. Brownlow continued to attack with every opportunity and created a few more chances but found the Armagh keeper in fine form. Equally impressive was Brownlow’s number 1 Jay Patterson who saved well on 3 occasions to keep the score 1-0 at half time.

Brownlow took their foot off the pedal in the second period and Armagh came back into the game. Brownlow’s passing and decision making could have been better all over the pitch and consequently Armagh got an equaliser with 10 minutes remaining. The opposition joy was short lived, however, as just 2 minutes later Kyle Hogan got his second of the game when he beat the offside trap and cooly slotted home past the onrushing keeper to give Brownlow the victory.

A good start to the season for the guys, but they know that the same level of play from the first half is required for the whole game if they are to progress any further.