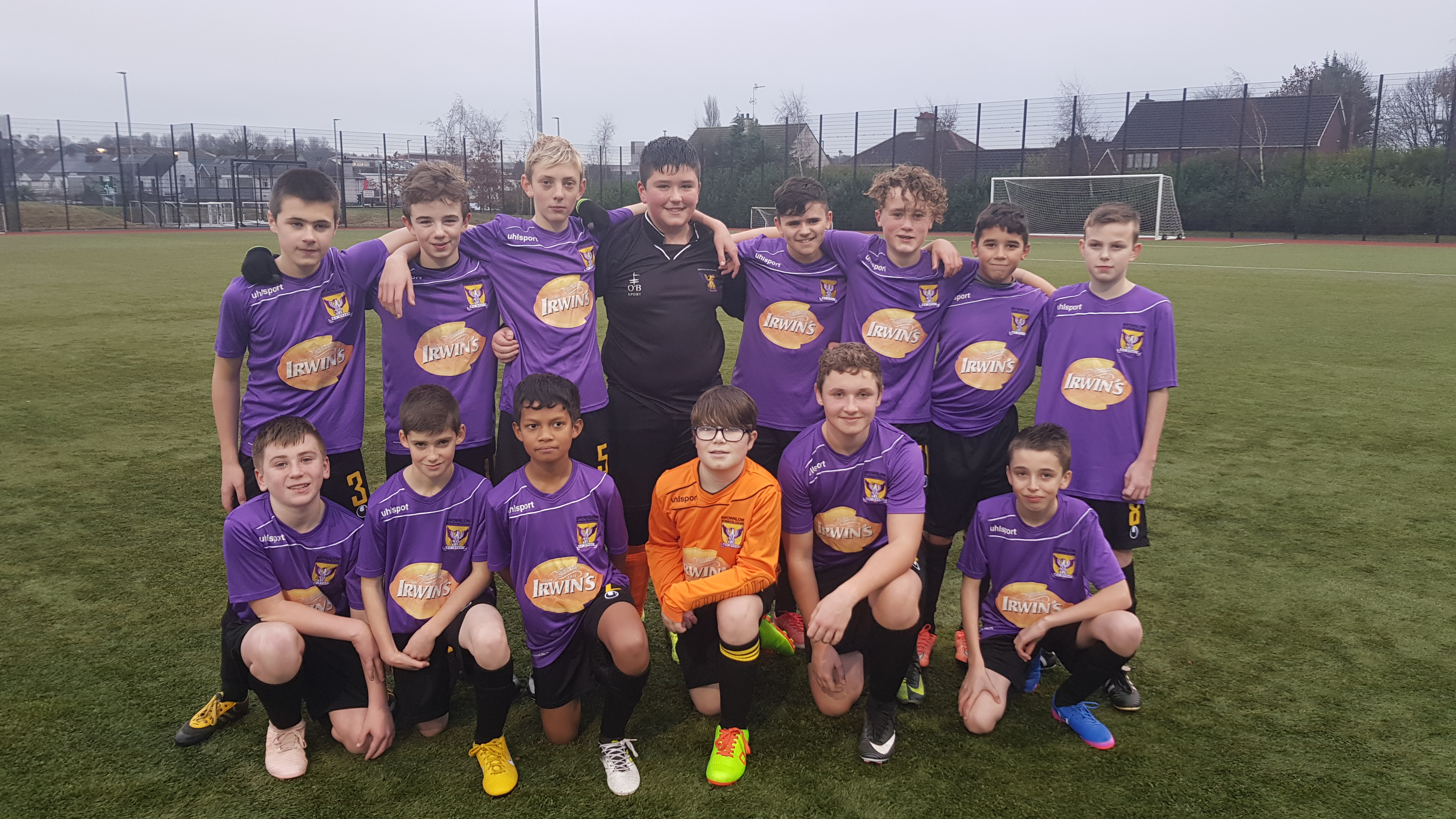 BIC junior footballers got their season underway today with a tricky away game against Lurgan Junior High. Lurgan had the first two half chances of the game but Dean Wells saved well for Brownlow.

Both teams were cancelling each other out but it was Brownlow who had a period of pressure midway through the first half. They had 5 or 6 corners delivered well by Michael McCaughley but lacked that elusive touch to take the lead. Brownlow eventually did take the lead from a well taken goal from Lee Smylie who slotted well past the keeper’s left hand side. 1-0 at the half.

Lurgan came into the game more in the second period and pushed the Brownlow lads back. The Brownlow defence stood up well to the challenge marshalled by the impressive Toni Wroblowski and Daniel Rudnik. On one occasion Brownlow were too keen to get the ball back and this lead to a free kick at the edge of their penalty area. The Lurgan winger made no mistake in guiding the ball over Wells to make it 1-1.

Brownlow had a few chances to snatch the win late on through Zach Rogers and Matthew Brady but the ball just wouldn’t go in. In the end a draw was a fair result with both teams battling well.

Mr Gosling and Mr Gordon were impressed by the level of commitment and desire from the Brownlow players. We have a very young team this year including three year 8 pupils who did not look out of place in the Year 10 team.