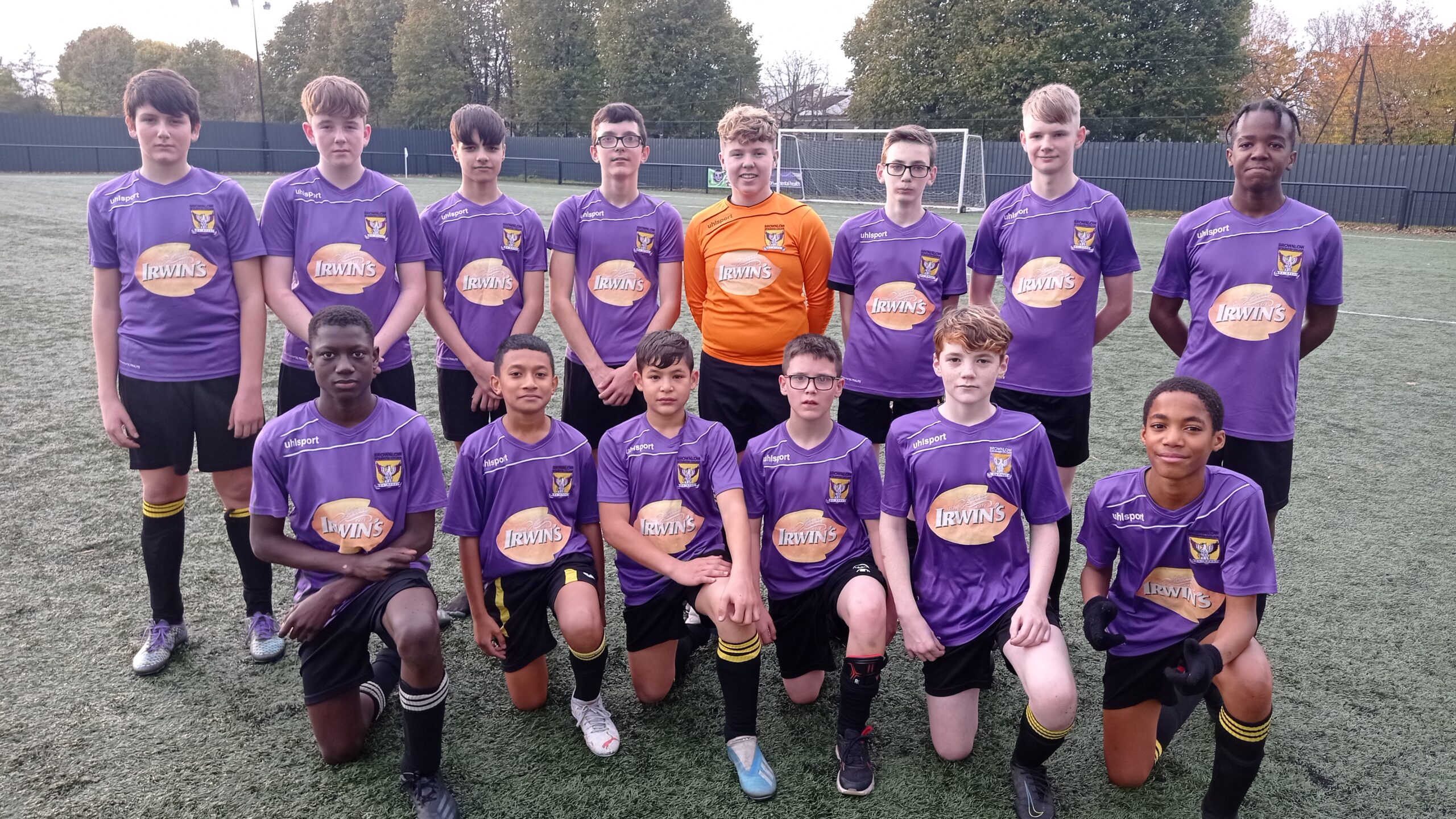 In the opening match of the U14 league, Brownlow saw themselves lining up against City of Armagh HS. With recent history having the two schools closely matched, the team knew they had to start well and work until the end. Well, the BIC lads didn’t disappoint. Racing into the lead after 5 minutes with a goal from Abner Brandao on his debut for the school. Several more chances fell our way before City of Armagh equalised against the run of play. A well struck in-swinging free kick nestling into the top corner.

Recent Brownlow teams have been made of tough stuff and the boys reacted in style going back ahead scoring twice before half time. An own goal and another Abner goal. The second half saw Brownlow continue to dominate and we surged ahead to a 5-1 lead with an inventive over the shoulder lob from Morgan Gillis and a well deserved and hard earned goal for Andrew Corbett. Chance after chance now started to come our way but some complacency creeped in at the back. With Armagh breaking from a Brownlow corner and scoring the final consolation goal.

A good solid start with much tougher games to come, I’m sure. Well done boys!